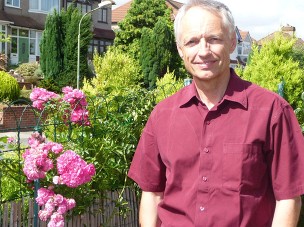 In 1995 Gareth Bolton was serving God in India working for Operation Mobilisation. He and a team visited a couple that showed them a very moving Christian film they had made with borrowed and hired equipment. Gareth felt God tell him that he should set up a charity to help provide resources to people such as this who were spreading the gospel in developing countries – AMEN was formed.

The first year the amount distributed was a few hundred pounds. Over the past years this has grown substantially both as regular support to our partners and money directed to special one-off projects.  Over these years God has guided AMEN to support a growing number of mission activities in India, Philippines, Europe, and Africa. In a marvellous way, as these mission activities have been added, God has provided the additional income from our supporters. We are so thankful for the many people have entrusted their money to us to use to proclaim the Kingdom.

God has also blessed these activities in marvellous ways – for example …

Mark Hopkins was struck by the secrecy that surrounds AIDS in Africa – particularly within churches. He founded Grace and Light International that works within churches promoting awareness, openness and mutual support. This is a new and exciting approach to a huge social and medical problem which is impacting thousands of people in Nigeria.

God has taken the modest “loaves and fishes” which we have been able to give and multiplied them beyond recognition. Jesus always sought to know what His Father wanted to do and went along with this. We try to follow our master in this regard.